Living in the material world

In this paper, I want to explore the phenomenon of the Hollywood “evergreen.” The industry defines evergreens as those films that have the ability, across decades, to generate profits and appeal to audiences in numerous forms—theatrical re-release, TV reruns, video editions, and streaming versions—despite substantial shifts in the US media industry and culture. Using Casablanca (1942), one of the most prominent of evergreens, as my example, I approach this phenomenon by examining film exhibition. Film exhibition is the zone of practices most centrally involved in circulation, as it defines films, during the course of their lives, for new situations of display, evaluation, and consumption. With their long lifespans, evergreens provide an ideal opportunity to interrogate the importance of film reissues and platforms of film exhibition, across media, to film history and aesthetics, as well as, ultimately, cinema’s endurance as a medium. 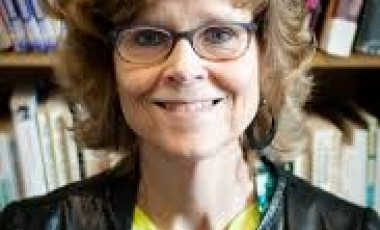 Barbara Klinger is a film scholar and a cinema historian who has been dealing most intensively with U.S. film history and culture, reception, audience and fan studies, film Exhibition and circulation, gender studies, film and media theory and criticism and the relationships between cinema and new media. She has been a Professor of Film and Media Studies in the Department of Communication and Culture at Indiana University and served as President of the Society for Cinema and Media between 2013 and 2015. Her publications include Melodrama and Meaning (Indiana University Press, 1994) and Beyond the Multiplex (University of California Pres, 2006), a pioneering exploration of the presentation and reception of films in U.S. households.