Jet Age Aesthetics. The Glamour of Media in Motion

In my speech I will discuss the jet plane’s power to define a new age at a critical moment in the mid-20th century, arguing that the craft’s speed and smooth ride defined a period aesthetic of fluid motion. Exploring mid-twentieth century realms as diverse as airport architecture, theme park design, film, and photography, this paper, based on my recent book, (Yale 2020) argues that the jet created an aesthetic that circulated on the ground below.

Visual culture also fundamentally constructed the “jet age aesthetic.” Eero Saarinen’s airports, period films, David Bailey’s photographs of the jet set, and Ernst Haas’s experiments in color photojournalism will be discussed. Drawing on unprecedented access to the archives of The Walt Disney Studios, in my speech I will examine the period’s most successful example of fluid motion meeting media culture: Disneyland. The park’s dedication to “people-moving,” defined Walt Disney’s cinematic vision, shaped the very identity of the place.

The jet age aesthetic laid the groundwork for our contemporary media culture, in which motion is so fluid that we can surf the internet while going nowhere at all. 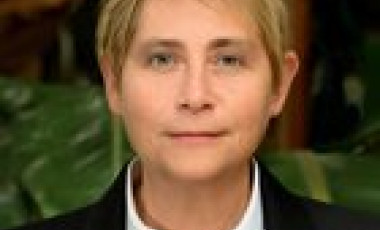 Vanessa R. Schwartz is Professor of Art History and History at the University of Southern California, where she directs the Visual Studies Research Institute and its graduate certificate program. A graduate of Princeton University (Magna Cum Laude and Phi Beta Kappa, 1986) she received her PhD in History at the University of California, Berkeley in 1993. Schwartz specializes in 19th and 20th c. European and American visual culture, especially photography, film and design. Her new book "Jet Age Aesthetic: The Glamour of Motion in Motion" is now available (Yale University Press) and was supported by a Millard Meiss award from the College Art Association and a Furthermore Foundation grant. With Jason Hill, she co-edited "Getting the Picture: The Visual Culture of the News" (2015). She is also an advisor to the curatorial teams working on a show at the Musée d’Orsay and LACMA about the origins of cinema, to open in Paris in September 2021 and in Spring 2022 in LA. She has written extensively about Paris in the late 19th century and the origins of mass visual culture in her books "Spectacular Realities: Early Mass Culture in fin-de-siècle Paris" (1998); "Cinema and the Invention of Modern Life" (1995) and "It’s So French! Hollywood, Paris and the Making of Cosmopolitan Film Culture" (2007). She is also the author of "Modern France: A Very Short Introduction" (2011). She has been awarded many fellowships and grants, notably from the Mellon Foundation, the Getty Research Institute, The Cullman Center at the New York Public Library and a Guggenheim Fellowship. She has held distinguished professorships at Stanford, the Ecole des Hautes Etudes, Paris; the University of Geneva, the Sorbonne, McGill and the Hebrew University.