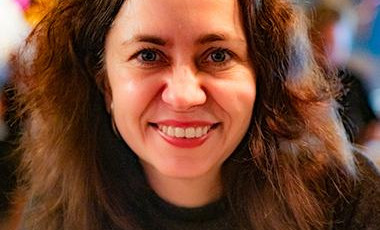 Joanna Zylinska is professor in New Media and Communications at Goldsmiths. She has also held visiting positions as Guest Professor at Shandong University in China, Winton Chair Visiting Scholar at the University of Minnesota, US, and Beaverbrook Visiting Scholar at McGill University in Canada. In 2013 she was Artistic Director of Transitio_MX05 'Biomediations': Festival of New Media Art and Video in Mexico City. She has presented her work at Ars Electronica in Linz, CCC Barcelona, Centre Culturel International de Cerisy, Fotomuseum Winterthur, MMOMA in Moscow, Serpentine Galleries in London, SESC Sao Paolo and Transmediale in Berlin. Among her recent publications: The End of Man: A Feminist Counterapocalypse (2018), Nonhuman Photography (2017) and Minimal Ethics for the Anthropocene (2014). She has recently co-edited Photomediations: An Open Book and Photomediations: A Reader as part of Europeana Space, a grant funded by the European Union's ICT Policy Support Programme.