The screening program will be introduced by Yto Barrada, artist, film-maker and founder of the Cinémathèque de Tanger in conversation with Simona Schneider at 4.00 pm. Click here to participate in the discussion. 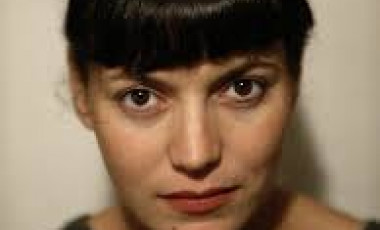 Barrada excavates her family history to tell the story of sixteen 'myths'—unverifiable stories based on unreliable narrators and illustrated with the home movies of strangers as well as Moroccan archival films from the last half-century.

The Tamaas Association with Peter Gizzi and Natalia Almada, 2009

In June 2009, Tamaas, an international non-profit arts organization, invited eight poets and filmmakers from Morocco and other countries to the Cinémathèque. Forming four poet-filmmaker pairs, they created four experimental “film-poems” drawing inspiration from the city of Tangier. One film, Threshold Songs by Peter Gizzi and Natalia Almada, will represent the project.

Legendary Moroccan auteur Ahmed Bouanani’s Six and Twelve is a study of the changing light of Casablanca between the hours of six AM and noon.

Chosen from the Cinémathèque’s collection of home movies, found footage, and institutional films on Tangier, Foire de Tanger depicts the city’s port, fair, tourism office, and town beach as they were in 1970.

A film about the fake fossil industry in Morocco in the arid region between the Atlas Mountains and the Sahara Desert. The film follows "preparators" of artifacts real, artificial and hybrid and offers an oblique take on media+archaeology. "False Start is a rebuke to the fetishistic thirst for foreign objects, a sly meditation on authenticity, and a paean to creativity." —Andréa Picard