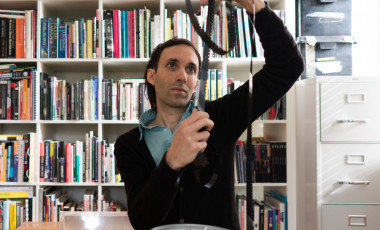 Brett Kashmere is a media artist, curator, and writer living in Oakland, California. He is also the founding editor of INCITE Journal of Experimental Media, an artist-run publication dedicated to the discourse, culture, and community of experimental film, video, and new media. He joined Canyon Cinema in 2020. Kashmere’s writing on experimental cinema and alternative media exhibition has appeared in journals and magazines such as Millennium Film Journal, The Brooklyn Rail, The Canadian Journal of Film Studies, Moving Image Review & Art Journal, PUBLIC, Esse, and Take One; compendiums and anthologies including "Process Cinema: Handmade Film in the Digital Age", "A Microcinema Primer: A Brief History of Small Cinemas, Carolee Schneemann: Unforgivable, and The Films of Jack Chambers"; and web publications such as "Senses of Cinema, the Women’s Film and Television History Network" blog, the NFB blog, and the Carnegie Museum of Art’s online journal, "Storyboard". He is currently co-editing the anthologies Craig Baldwin: Avant to Live! and Strange Codes: The Films of Arthur Lipsett. As a curator, Kashmere has created programs for the Museum of Modern and Contemporary Art Strasbourg, Cinematheque Quebecoise, Eyebeam Center for Art and Technology, Light Cone, TIFF Cinematheque, Images Festival, Vtape, Winnipeg Cinematheque, MOCA Cleveland, VIA Festival of Music & New Media, San Francisco Cinematheque, Society of Cinema and Media Studies, and Cinema Project. 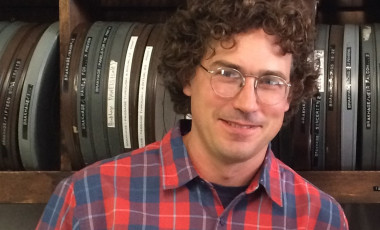 Seth Mitter joined Canyon Cinema in 2015, he has trained both as an audiovisual archivist and filmmaker. Seth holds an MLS specializing in Archives and Records Management from Indiana University. While at I.U. he worked with a collection of more than 80,000 16mm films as an archives assistant for the IU Libraries Moving Image Archive. Seth also served as projectionist for the International Federation of Film Archives-member Indiana University Cinema. Seth’s introduction to American avant-garde and independent cinema began while studying 16mm production with the filmmaking faculty at The New School in New York, where he earned a BA concentrating in cultural studies and media. He went on to work several years with The Film-Makers’ Cooperative and as an itinerant projectionist in micro-cinema and gallery film exhibition in NYC. Seth has been involved in curating and presenting screenings of small-gauge and experimental films for over 10 years. A member of the Association of Moving Image Archivists and a regular participant in Home Movie Day amateur film preservation events, Seth’s interests include preservation of the work of non-theatrical and artist filmmakers and points of intersection between filmmaking and archival practice.

The second of three films following Anselmo, a Mexican Indian orphan who works to take care of himself and his sister from a young age. Strand wrote, "During the 10 years, I saw the physical change in Anselmo's life in terms of things he could buy to make his family at first able to survive, and during the last years, to make them more comfortable. I felt a change in his spirit from a proud, individualistic and graceful man into one obsessed with possessions and role playing in order to get ahead and stay on top, but one cannot help but admire his energy and determination to succeed, to drag himself and is family out of the hopelessness and sameness of poverty to give them a future. Anselmo tells his own story in English although he does not speak the language. After he told me of his life in Spanish, I translated it into English and taught him how to say it."